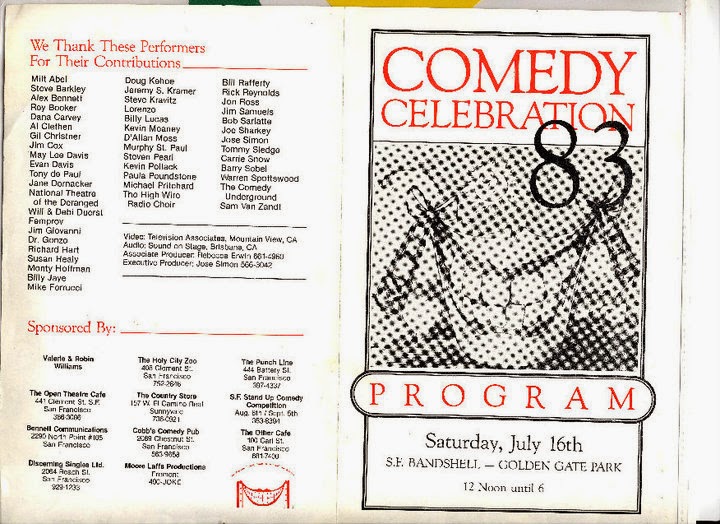 We got wind that, despite performing at the First and Second Annual Comedy Day Celebrations, this year we were likely to be 'bumped' off the roster of 40 comedians scheduled to perform a 5 minute set in Golden Gate Park's Bandshell. Comedy Day was  the 'opportunity to publicly thank the people of San Francisco for their support and contributions to the successes we all enjoyed throughout the years.' Also, sitting on the sidelines on the big day was no fun at all.
Initially, befuddled, then incensed —an entire range of emotions was likely experienced - being members of the stereotypically and historically hysterical gender group— we used the challenging hurdle to take stock of our 3 years of cumulative accomplishments and present our list of reminders to the forgetful folks in charge… with our regular aplomb.
Below is a one-of-a-kind plea, disguised as courteous discourse. Few other performers took the initiative to craft such a pre-emptive case-building document or were expected to 'beg' in such a fashion.  We included a full-boat press package, to boot.
As you can see from the program above, our efforts were fruitful and we performed on that sunny Saturday in July. And never had to ask nicely again.